A spectator’s perspective of this year’s English Language Contest

Like last year, our school sent its representatives to the “Fremdsprachenwettbewerb Englisch BHS” which took place on Wednesday, the 27thof February 2019. This year our candidates were Thomas Nägele (3bA), Ksenija Ilic (3bA), Lisa Krimbacher (2bHWI) and Kirian Pichler (3cA).

The contest started at 8:30 with a quick introduction speech by the organizer Barbara Sonner and then with the first round, in which every one of the twelve participants got a few minutes to introduce themselves, answer a question and describe and/or interpret a picture they were shown.

After a 30-minute break, nine participants would move on to the second round and after the three judges had made their decision, it unfortunately meant an early out for Thomas and Ksenija, who would stay, watch the contest and support Lisa and Kirian. The remaining participants were sent into a different room, then split into three discussion groups one group at a time would reenter and have 15 minutes to discuss the topic: “Traffic and Environment” alongside a moderator.

After another break, the judges had decided on the five finalists which included Lisa and Kirian. Those five were then sent into the candidates’ “waiting room” and every five minutes, another one of them would enter the preparation room to then get fifteen minutes to come up with a product/service to help sustain nature and then present it to the audience and judges for four to five minutes, each presentation ending with a question from said judges.

The last break was taken and the excitement within Lisa and Kirian was visible. The judges entered the room and made it clear that every single one of the finalists was speaking a very high-level English and that the result was made on both the language- and the presentation-skills. They then went on to say that they couldn´t decide on who to give 4thand 5thplace to that we now had two 4thplaces. This left only three participants, Güven Eryilmaz, Lisa Krimbacher and Kirian Pichler and all of them were visibly excited and filled with anticipation to hear the results.

After all the other candidates had gotten their certificates and their prices (a book for each of them) the moderator went on:

An applause followed and Lisa and Kirian were looking at each other, both knowing what that meant. It was now only down to them, and they had achieved 1stand 2ndplace for our school.

“2ndplace: Lisa Krimbacher, which leaves, as our winner: Kirian Pichler”

All the three winners went down, congratulated each other, got their certificates and took a “few” photos.

Furthermore, Lisa and Kirian both attended the award ceremony on Friday, the 1stof March and each received a “special” price for their performances. 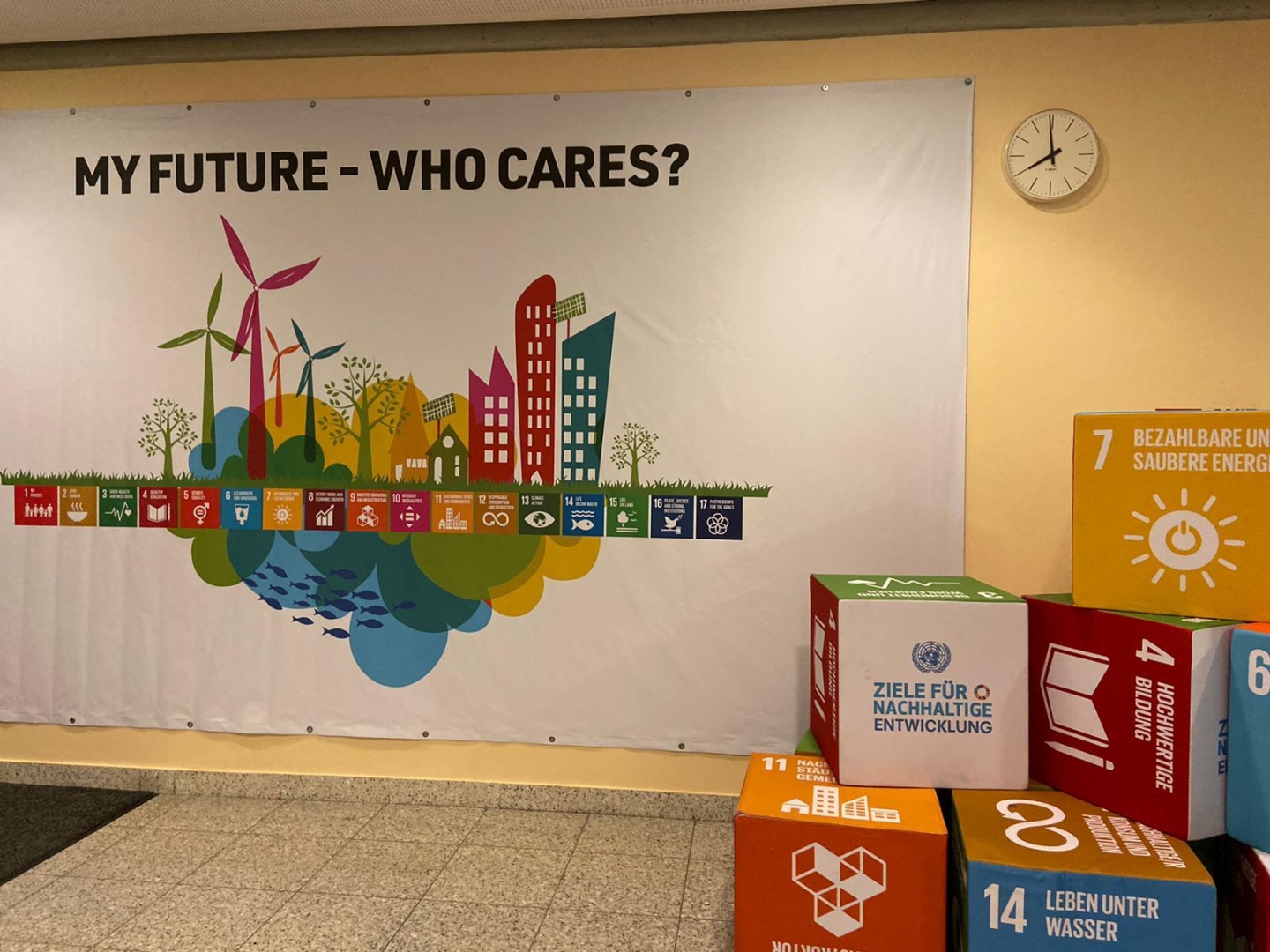